Today, I am bringing you story an organization which has showed exemplary performance and belief in the times of CoVID crisis. The time when world is facing an extreme world-wide crisis of pandemic, where each and every one is impacted economically, physically, mentally and emotionally. While many sovereigns are fighting this out and trying to save lives of many people, doctors have not rested for even a single minute, police forces are sweating in the summer sun and news reporters are trying to scrawl intelligently to spread awareness within general masses.  Here is an organisation which has not only put itself at the pedestal of accepting challenge and re-engineer itself to support and garner the medical soldiers of the country. We are talking about, ‘Indian Ordnance Factories’ (briefly described below)

About Indian Ordnance Factories: It is an industrial organisation, functioning under the Department of Defence Production of Ministry of Defence, Govt. Of India. It is engaged in research, development, production, testing, marketing and logistics of a comprehensive product range in the areas of air, land and sea systems. This setup comprises 41 ordnance factories, 9 training institutes, 3 regional marketing centers and 4 regional controllerates of safety, which are spread all across the country. It employs over 85,000 employees and supports Indian armed forces, Indian Navy, Indian Airforce, Police Forces and various SAARC initiatives. The ordnance factories form an integrated base for indigenous production of defence hardware and equipment, with the primary objective of self reliance in equipping the armed forces with state of the art battlefield equipment. These defence civilians are undoubtedly the force behind armed forces and national security.

CoVID19 presented itself as a very different battlefield, where neither traditional weapons nor any other sort of artillery will be needed to fight it out. In such time, Ordnance Factory Board (OFB) led by Mr. Hari Mohan and his esteemed team took upon themselves to produce the medical equipment like hand sanitizers, PPE coverall suits, isolation tents and 3-ply surgical face masks for the country and medical fraternity. Inspiring, Innovating and Introducing a completely new product line and delivering it in within few weeks (3-4 Weeks) with industry wide acceptable quality standards, is praiseworthy. Team OFB has been tirelessly working with research teams, prototyping teams, production floors, health departments, and many vendors to provide and produce these products in India.  While, the world is complaining about crippled supply chain and delayed imports, Team OFB has shown outstanding efforts to set an example for all of us on ‘Self-Reliance’. It takes great men to realign-re-engineer-redeploy time and effort to achieve towering success like Team OFB.

So far so, Team OFB has fostered an industry wide revolution in producing warfare to safeguard people and national interest. This revolution has mushroomed an industry where India will not only be self-sufficient to engage CoVID but also help countries to fight the situation. Such initiatives showcase a sacred Indian ideology “Vasudhaiva Kutumbakam“, which mean the world is one big family.

Details of each of the products and team efforts of the teams are well summarized by Mr. Hari Mohan, DGOF and Chairman of OFB in the following interview to RajyaSabha TV.

What do we learn from it ?

With this blog, I am conveying  a Grand Salute to these Engineers, Technocrats and Bureaucrats to achieve self-reliance in such a short span.

Kudos to Teamwork and ‘Can-do’ attitude.

Very nicely verbalized. Out of box thinking is a basic requirement of great leadership. OFB is lucky to have such leader.

I feel proud to listen to DGOF, Mr Hari Mohan, the Head of the Organization where I had served for 24 years. The OF Board Organization is really a great organization serving as Fourth Arm of India’s Defence. With my experience of working as a Member of IOFS, I can say that this an organization having great capabilities of production of all the items and the items required for the Armed Forces for India’s Defence and the only Service among all the All India Services where one gets exposed and works in almost all the functional areas of the Public… Read more »

A wonderful exposition of the outstanding efforts of OFB under the able leadership of Shri Harimohan, DGOF & Chairman, OFB and his team. It takes great courage and conviction to seize the initiative and reinvent the organization to offer the solutions to the people fighting valiantly against an invisible enemy. The Covid crisis presented an opportunity to display once again to the nation the unwavering commitment of ordnance factories to stand up to any challenge. All you need is a leadership to channel the energies in right direction.

Concise & true picture of Indian Ordnance Factories. The shift in production paradigm in Ordnance Factories while being fully aware that its non-perennial is commendable & reflects commitment as well as resolve of the highest order.

As Tushar says OFB has been in past a unsung hero. No more now, OFB has cemented itself under the dynamic leadership and provided the solid support to country and the Government. Increase of twenty times in PPE production is largely because of OFB”s development of test machine. When even Western Countries complain the lack of PPEs, India is coming to self sufficiency. Such actions speak.

It is a matter of pride to be part of this organisation who stood by the nation with overall comprehensive effort in this pandemic and contributing with the available resources . Salute OFB and its dedicated nation oriented team. Respected chairman has presented the true picture of ofb with his vast experience

Very well summarized by our DGOF, the need of hour and quicker adaptation of Ordnance Factories to new challenges and changing environment.

It is one of the most unique strength of OFB to always rise to the occassion & deliver.

When the going gets tough, tough gets going….OFB has shown it’s inner strength, character and commitment in these difficult times to serve the Nation…Kudos to the the OFB

Hats off to Team OFB for their obligation, dedication and commitment towards the fight against Covid 19 at this crucial moment.

Ordnance Factories are Strategic Assets and they have once again proved that they can quickly adapt and rise to the occasion and Save Lives not just of the Soldiers but also of our countrymen. It is highly commendable that in less than three days they were all geared to meet the millions of litres requirement of Sanitizer, the establishment of testing facilities for the PPE is remarkable besides supplying the PPE equipment, the supply of tentage to establish Field Hospitals and quarantine centres was hailed by Government of Arunachal Pradesh. The Credit for this goes to the team of OFB… Read more »

The exceptional leadership of Shri HariMohan DGOF & Chairman OFB has shown the light and charting the way ahead for OFB during these uncertain times. Undoubtedly, the farsighted approach of manufacturing COVID items which many did not understand in beginning has indeed brought rich laurels which was unique and never heard in our OFB history.

It is well described by Mr Nitin. Actually . When people talk about armed forces they forget to give credit to Ordnance factories same is happening here also when ordnance factories are doing something which is not theor cup of tea. People are not giving the credit. But this new era now people will talk and listen to OFB.
Article like this make everyone motivated in the organization.

Its very nicely written article showcasing exemplary and unprecedented work during this Covid 19 pandemic by Ordance factories, under dynamic leadership of our beloved chairman OFB

Nihit I wait for your blogs and this one is unique

Great initiative by a great organization.This is the call of the hour.Kudos to Management,Engineers and employees of OF organization.

An excellent article showcasing great skills and capabilities of OFB under the able guidance and leadership of our dynamic team leader Sh Harimohan DGOF.

Exceedingly well summarised the success story of OFB in Covid 19 scenerio. Infact I had already posted my comments on 20/04/2020 to present DGOF and Chairman Sh Hari Mohan, that the contribution of OFB under his dynamic leadership has already been recorded in the history and the same will be remembered by future generations.

Very much motivated write-up which contains a bit of messaging and positive directing . The punchline is ‘can do ‘ attitude. The article justifies corporate sustainability of Indian Ordnance Factories during a time when it’s capabilities are questioned. Great job dear Mr. Nihit..

Kudos to team OFB for standing and delivering to the expectations of the whole country to fight against COVID-19. we the country man salute such organisations like OFB for serving to the nation relentlessly by providing state of art ammunition to our armed forces and protecting our country from outside threat but also helping the whole medical fraternity and human being when needed the most……

A well crafted and nicely depicted inherent strength of Ordnance Factories by Shri Nihit Mohan. OFs have delivered during war. OFs have delivered during peace. Now they are delivering their best during the current pandemic. Nation has always been first for this great organisation which is undergoing a transformational change during the most dynamic, visionary and motivational leadership of Shri Hari Mohan, DGOF and Chairman

OFB has lot more potential to utilize and it has done wonders in past also but the most tragic is that due to vested interest of some big corporates…govt. is trying to privatise these ordnance factories in the name of “corporatization”, this has to be stopped at any cost else such an dynamic organisation will not survive…

Very happy to find a young writer appreciating OFB’s efforts. What I like most was the summing up with lessons learnt. Coming from a young mind it reflects the larger sustainable benefits.
Congratulations dear Nihit . Keep connecting.

“Commitment to National Service in times of need is not only recognized but also remembered for a very long time.
Teamwork is pivotal to any success.
This example is true embodiment of 4 C principle ‘Courage-Conviction-Confidence-Commitment’.
Nothing is Impossible.
Challenge crafts new creases”
The above learnings are outcome of practical demonstration by our DGOF & Chairman Sir who has tremendous zeal and energy & under whose untiring guidance , the organisation could promptly responded to the challenges thrown by this unprecedented situation.

Excellent coverage of achievements of OFB by Shri Nihit Mohan. Through the article, the writer has provided much required impetus, encouragement and motivation to Ordnance Factories Organisation and it’s employees. His well articulated views succinctly bring out OFB’s contribution and valuable support to the Corona Warriors..

EXCELLENT ARTICLE NIHIT M. The Ordnance Factories are dedicated to the ideal of a safe and secure nation under all circumstances. This Corona Warrior continues its fight tirelessly in pursuit of victory at least cost and in minimum time. Our Rig Veda has taught us “Where there is harmony between the mind, heart and resolution, then nothing is impossible”. The effort by OFB is just an example of this Great Indian Spirit. Indeed, Nation Above All 24×7.

It’s good that Ofb has done this in this needful hour. It should also focus on its primary role of maiking india self reliant on defence ammunitions and equipment. In which it’s clearly lacking. It shouldn’t oppose the govt decision for corporatisation. Best to go for privatization for some factories , for the greater national Interest and helping the armed forces. Today Ofb is highly inefficient and incapable to Carter for armed forces , if we want to be truly worldclass in defence technologies. Corporatisation of Ofb is the welcome step.

12.5 years of experience operating at the intersection of Risk, Retail Banking and Stress Testing within globally recognised Banks in Singapore. 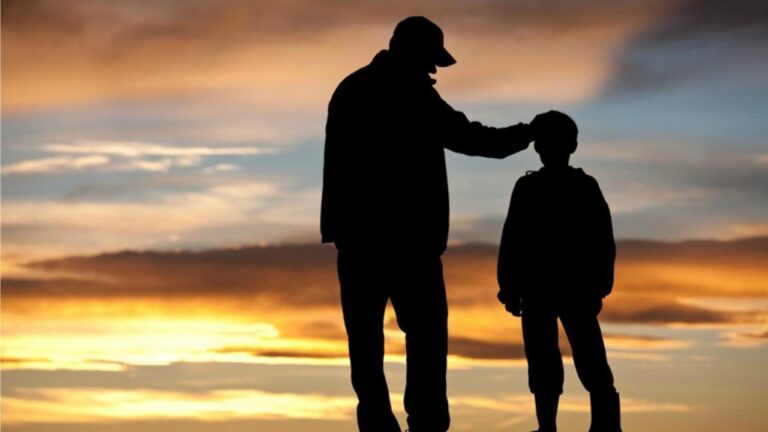 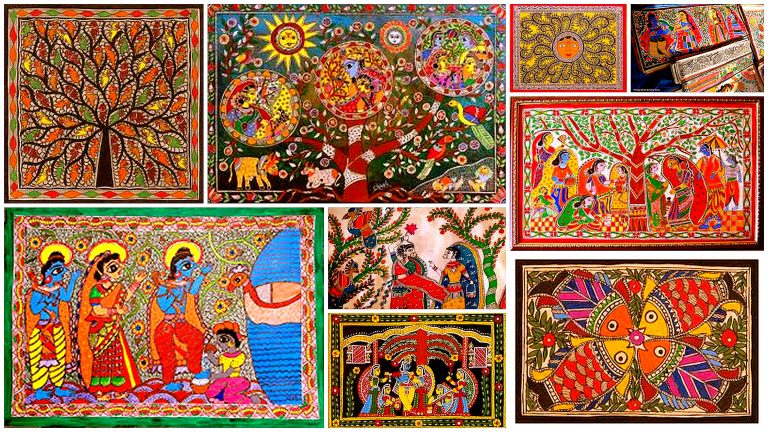 Hurry Up, Don’t miss out my Latest Blogs and Reviews